Posted by Sven on March 29, 2017 in Awards, Design, Homepage, Research

Tom van Heeswijk’s design project got shortlisted, between 250 submissions from 40 countries. The ten finalists presented their imaginative ideas on March 16 in Utrecht/The Netherlands.

In a post-fossil city, public spaces are more than places to live, work and recreate. In a post-fossil city, public spaces are places that generate sustainable energy, that is used in households and to power electric cars. ‘Solar energy in public spaces’ is the entry of WUR Landscape Architecture graduate Tom van Heeswijk and his team to the international Post Fossil City competition hosted by Prof. Maarten Hajer (Urban Futures Studio, Utrecht University). The contest called on artists, designers, architects and other creative thinkers to imagine cities that are no longer addicted to fossil fuels. How would that change the way urban residents live, work and move around in cities?

The project ‘Solar energy in public spaces’ rethinks the spatial layout and functionality of high-density urban areas. The project builds upon Tom’s Master thesis Shaping solar energy for an energy neutral Zeeburgereiland in Amsterdam supervised by Sven Stremke and Rudi van Etteger (2016). The designs are informed by research on the perception of renewable energy technology because people’s experience of their living environment is fundamental for their quality of life. Evidence shows that when renewable energy carries visual appeal while contributing significantly to energy transition, the post-fossil city might be within reach. Organic Photo Voltaic (OPV) is an existing technology that offers numerous possibilities for designers. The idea of OPV as a cover -or pergola- in public space is flexible and can be integrated across multiple scales, such as restaurant terraces, street canyons, sports fields, large parking lots and highways.

The Binckhorst in The Hague is among the first locations that showed interest in developing OPV pilots in the public space. Through the award of €1,000 and with support of the Urban Futures Studio, Tom and his team will advance their plans for realization in the coming months. We are looking for additional sites and OPV product developers to realize, test and advance the idea in urban living labs. Interested partners can contact Tom van Heeswijk (tom.vanheeswijk(at)gmail.com) or Wiebke Klemm (wiebke.klemm(at)wur.nl). The finalized work will be displayed at the Post-Fossil City exhibition in Utrecht that will open on the 15th of June. During the opening event, the final winner of the Post Fossil City will be announced. 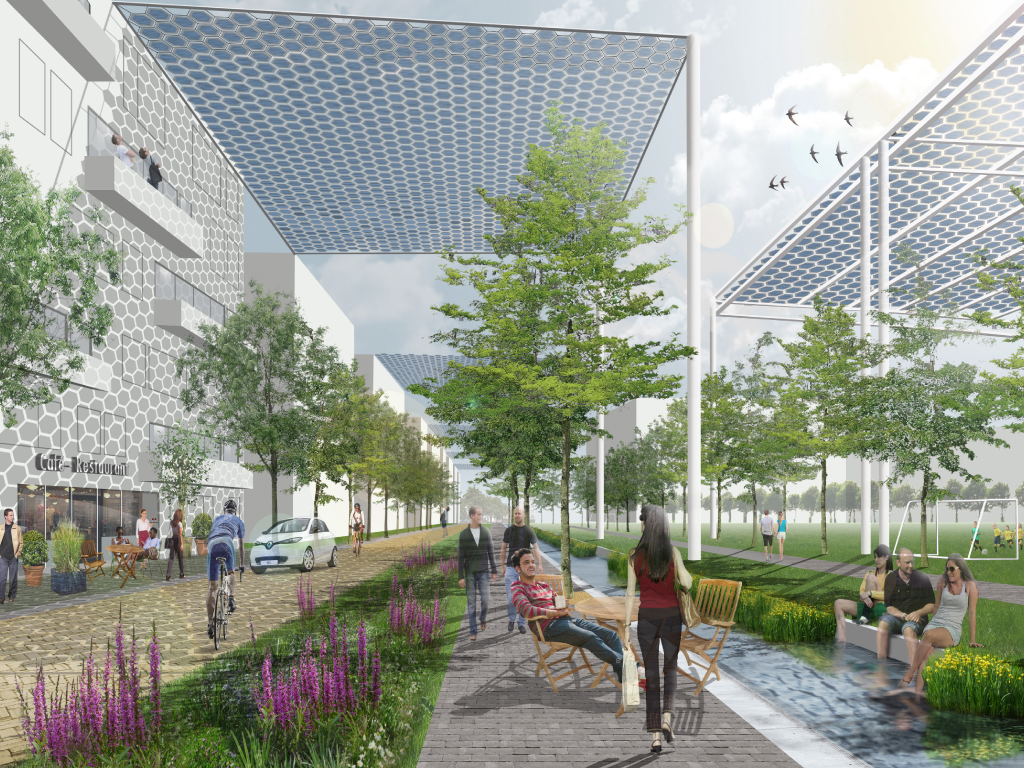 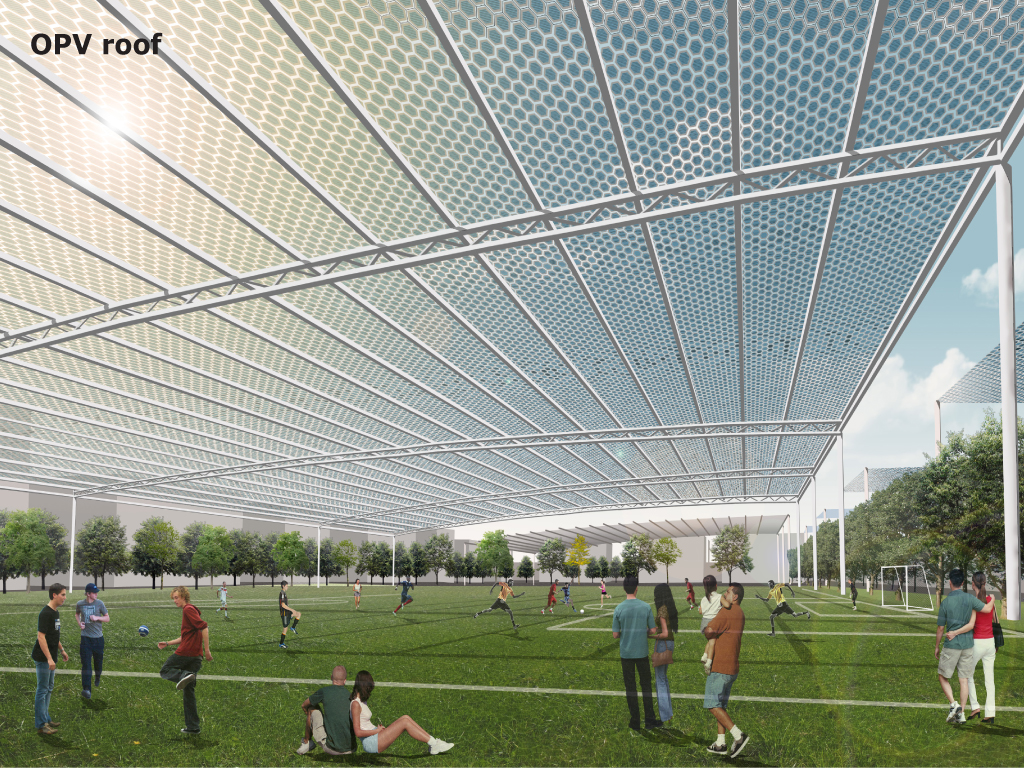